I’m often late. Not by a lot, just by five or ten minutes, usually. Enough to make me sweat and feel like everything is a disaster. It’s something I really dislike about myself and I’m never quite sure why it happens, because I’m a pretty organised person at heart. Perhaps it’s eternal optimism. Trying to fit in too many things. That or sheer denial about long it actually takes me to dry my hair in the morning (it’s definitely this last one).

And yet I hate the feeling of being behind, of playing catch-up with the rest of the world. When I’m in a bad patch, the thing that is bound to send me spiralling is having a day when I sleep that bit too long and then All Of The Things I had planned to do at a smug, productive hour don’t happen, or they happen three hours ‘too late’. Breakfast starts to strain any reasonable definition of brunch. I shower at some strange time like 4.30pm and think crossly to myself that I might as well put my pyjamas straight back on again. These days don’t come around very often any more, but when they do there is nothing that makes me feel more useless.

So perhaps it was inevitable that at some point I would get stuck on this idea when it came to starting a family too: Are we too late?

Because even if we do go on to have a baby now – as many people who have multiple miscarriages do eventually, and some after many more losses than us – is it too late for that to mean what we’d hoped it would mean?

It is certainly too late for us to look at a positive pregnancy test and feel only joy. But how far does that fear and reflexive, self-protection mechanism extend? How much of our having a baby, the simple excitement of pregnancy, of planning a future, will be polluted by those fears? Discussing this with Dan I said: “I mean, when would you feel OK decorating a nursery?”

“I don’t know, when they start secondary school, perhaps?” he replied.

Even if all our dreams were suddenly to come true, is it too late for us to really, truly enjoy them? 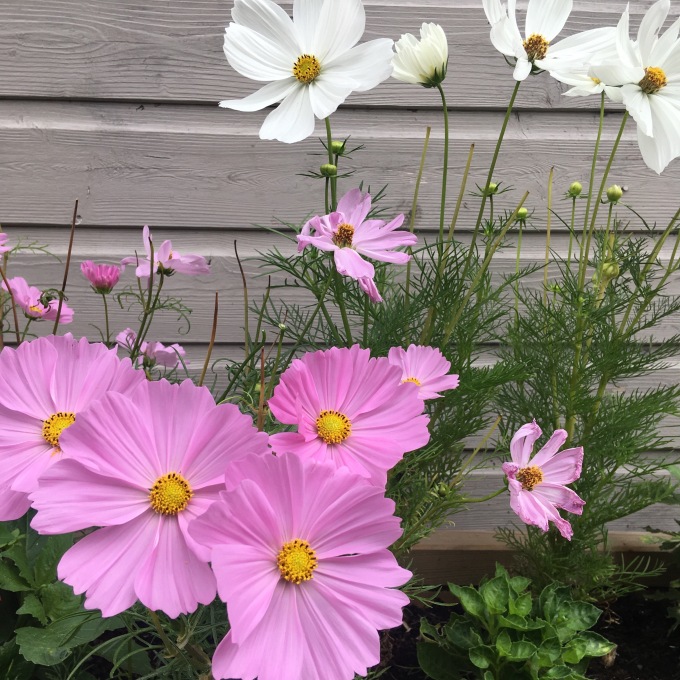 Quite apart from not getting to experience the ‘normal’ pregnancy we so desperately want, are we now destined to be always two, three, four steps behind our friends with children? The ones we’d imagined would have children in the same year at school. Even if we get beyond lucky, by the time we have a hope of having a newborn many of our friends will be entering the primary school years.

I hate the idea that I might never shake that feeling of being left-out, an outsider – a feeling which has been a background hum to our social life pretty much since we started trying to conceive. It’s easy to say, from the other side, that this doesn’t matter, but shared experience is often the glue that holds friendships together. And if you think that’s not true, ask yourself when you last made plans with that friend you have whose life looks radically different to yours. Who do you spend most time with these days?

I realise this probably all sounds hopelessly melodramatic, I also realise I am lucky that I’m not speaking in a literal sense. We are (relatively) young for now. I will be 32 next month. I know we have choices. Options. Where many people don’t.

Nevertheless, ‘are we too late?’ is what I got stuck on after our catch-up appointment at the recurrent miscarriage clinic last week. No, more than stuck – it was gnawing at me. Corrosive, destructive.

As for what happened at the appointment, the answer is ‘not much’. We got the cytogenetics report back from the last miscarriage – and there was a chromosomal problem. Something called a triploidy. It’s random, not inherited. It essentially means the baby had three sets of chromosomes, rather than two. The most likely cause, they think, is the egg being fertilised by two sperm at the same time. Random.

So, again, we were told – albeit very kindly – that the best option is just to keep trying. It really is just back luck. Join in guys, you know the chorus.

We also asked if they would consider us for IVF in order to do embryo screening next time (so at least we could preclude the chromosome issues next time) and were told that, while that is one route for us, it’s unlikely it would be funded by the NHS.

And that I think is where the rot set in. Hearing that, I just felt bone tired. I think I’d been pinning more hope than I’d realised onto the idea that IVF/screening might be what we did next. Without that, the scraps of positivity, optimism and motivation I’d cobbled together since the fourth miscarriage just disintegrated; washed away like tissue paper in the rain. Instead, all I had was: I can’t do this, it’s too late, I haven’t got the strength, the energy, it’s time to give up.

But, of course, with a few days to wallow, I could sort of see that the answer when you’re tired isn’t to give up, the answer is to rest.

And so that’s where we are, taking another break. Time to regroup, perhaps book the big holiday we’ve been wanting to take for ages, but haven’t in case I was pregnant (and not wanting to risk a miscarriage while we’re away somewhere far-flung, more to the point).

It isn’t exactly a happy decision. It’s hard not to think of all those months ticking by and wondering if they were supposed to be our lucky months. The months with a normal egg. And just the one sperm. Will I regret them when I’m 33 and not pregnant, or 36, or 39…?

But I can’t stop time. And I can’t carry on just yet. So it will have to do.

As for: ‘Is it too late?’ The thing I remembered that finally got it to shut up, was how I feel each time I am pregnant. Because each time, underneath all the thundering anxiety, there is always hope and a calm sort of conviction that this is our time. And I have to believe that eventually I will be proved right and that quiet sort of happiness will win out. It will be our time – and it won’t matter how long it took to get there.